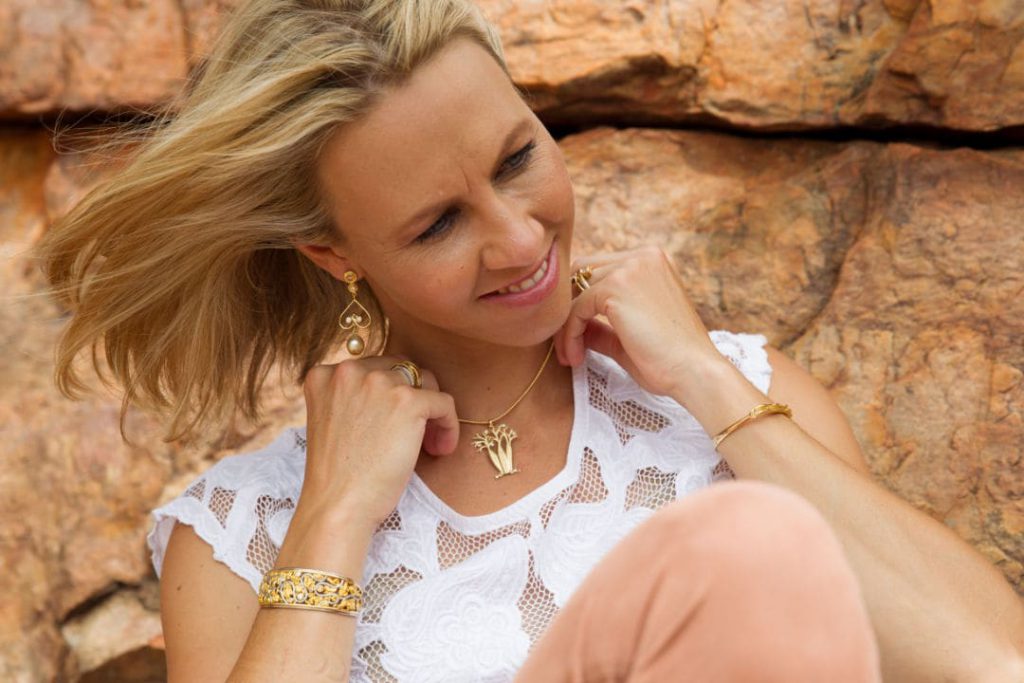 The ancient Greeks believed that diamonds were splinters of stars fallen to the earth. It was even said by some that they were the tears of the Gods. Another legend has it that there was an inaccessible valley in Central Asia carpeted with diamonds, 'patrolled by birds of prey in the air and guarded by snakes of murderous gaze on the ground'. However, the truth is that the exact origin of diamonds is still something of a mystery, even to scientists and geologists.

Even though the diamond is the hardest of all gemstones known to man, it is the simplest in composition. It is common carbon, like the graphite in a lead pencil, yet has a melting point of approximately 4,000 degrees centigrade, which is two and a half times greater than the melting point of steel.

Billions of years ago, the elemental forces of heat and pressure transformed carbon into diamonds deep below the surface of the earth. The volcanic mass in which this crystallization took place then thrust upwards and broke through the earth's surface to cool in kimberlite or lamproite pipes. It is in these pipes that most diamonds are found today.

Why Diamonds are so Valuable?

Anything extremely rare is also precious.

Diamonds are rare in that only a few survived the journey from the depths of the earth to reach the earth's surface. Even though diamond production has decreased in recent years, it is estimated that more than 800 million carats have ever been mined in recorded history to date.

To recover the relatively small amount of both gem quality and industrial diamonds is not easy, even with the increasing sophistication of today's technology. Approximately 250 tonnes of ore must be mined and processed from the average Kimberlite pipe to produce a one carat polished diamond of gem quality.

Wherever possible, the considerable quantity of waste material produced is disposed of in such a way as to minimise the impact on the local environment.

Until the 15th century only kings wore diamonds as a symbol of strength, courage and invincibility. Over the centuries, however, the diamond acquired its unique status as the ultimate gift of love. Indeed, it was said that Cupid's arrows were tipped with diamonds which have a magic that nothing else can ever quite equal. Since the very beginning, diamonds have been associated with romance and legend. The very word 'diamond' comes from the Greek 'adamas' meaning unconquerable, suggesting the eternity of love. The Greeks also believed the fire in the diamond reflected the constant flame of love.

For millions of people around the world that fire, mystery, magic, beauty and romance shine out from their simple solitaire. However, it wasn't until 1477, when Archduke Maximilian of Austria gave a diamond ring to Mary of Burgundy, that the tradition of diamond engagement rings was born.

For a growing number of young couples in the early years of marriage, the custom of giving a Diamond Anniversary Eternity of Alliance ring - the band of diamonds that say "my love runs out at the circle's end" - is a unique symbol of love's reaffirmation. It is a custom that is stronger and more powerful now than it has ever been. More recently, the 25th wedding anniversary is an occasion that has inspired the designer's creativity and marks the brilliant celebration of a loving marriage.

A rough diamond so resembles a pebble that most people would pass it by without a glance. It is the skill of the craftsmen that unlocks the fiery beauty that lies within. The knowledge required for this incredibly demanding art has often been passed down over the centuries from generation to generation. It is an art for those involved simply cannot afford to make mistakes. At risk is not just the diamond itself, but anywhere from several hours to several months of work, for that is what is required in the cutting and polishing of each stone. During this time-consuming process, on average, each stone will lose 50% of its original weight.

The places where diamonds are found and where these skilled craftsmen may work sometimes lie thousands of miles apart, for the diamond industry is truly international. Diamonds are polished in many places around the world, but the most significant centres are New York, Antwerp, Israel and India.